What do you do when your planet runs out of women? Send for takeout, of course.

Joran, Crown Prince of Pyros, needs to claim his mate in order to ascend to the throne one day. The problem? His destined mate isn’t on Pyros.

When a galaxy-wide search uncovers a backwater world full of potential mates for Joran and the other unmated males on his planet, plans are set in motion and Star-Crossed Dating is created. Now, the first wave of men are on their way to claim their unsuspecting brides. Joran’s mission: Go to Earth, claim his mate and bring her back to Pyros. How hard could it be?

This book contains a redheaded barista who doesn’t believe in aliens, and a prince who is used to getting anything he wants without having to work for it … until now.

My brain was fried yesterday and this was just the thing — quick, light.

I would love to see a SFR where the gal finds out she’s “fated mates” with a prince and is like “gross monarchy” and convinces him to change their system of government 💪 But I guess that would ruin the fantasy.

I appreciated that he realized he was pressuring her and asking her for a lot of sacrifices he wasn’t willing to make. I don’t love that he kissed her for the first time when she was clearly not feelin’ it. I know in these stories he’s supposed to be so head over heels with the gal he can’t help himself…but that’s never an excuse and I don’t like setting that precedent for the real world. Consent is important. Read the body language dude. Control your libido. 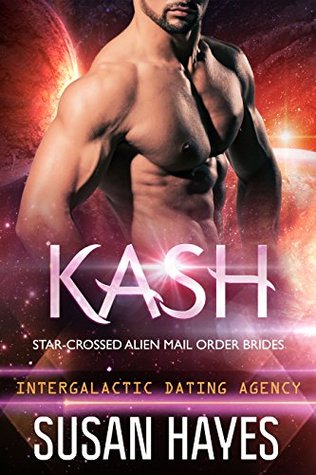 Jumped to this one instead of #2 because I thought it was the prince’s guard, but apparently that guy’s name was Keth lol. Needed a royalty chaser.

I rolled my eyes a little that she was that pissed off he left her alone in their room for like two hours while she was sleeping, but it did set up the conversation they needed to have, so whatever.

I liked the loophole they figured out in the epilogue.

2 replies on “Read Joran and Kash”