Traveling to the planet of Jettie in the hopes of finding safe harbor for her niece, Kira arrives only to find their destination host to the quorum—a series of dangerous contests that hold the power to decide the fate of empires.

With little choice but to participate, it doesn’t take long for Kira to find herself knee deep in enemies. Surrounded on all sides, Kira will have to face her worst fear. Trusting others with the truth.

Because it’s becoming clear the tsavitee are no longer content to exist in the shadows. War is coming—and everything Kira thought she once knew is about to change. 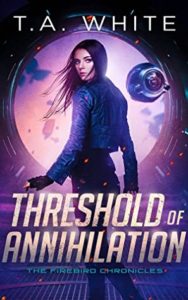 Oops, I assumed this was a trilogy and this was the last book in the series! It will probably be wrapped up in one more book. Unfortunately, this book just came out six months ago so it’ll probably be another year before the next book’s out.

It’s good to see Kira start to trust others and accept help.

The “Egalitarian Space Olympics” is kind of a goofy plot key, although I think it worked better than the Magic Bootcamp in the second book in alignment with Kira’s history, and recognizing her as an adult with skills whereas she was mixed in with pre-teens and teens way below her level in the previous book.

Minor quibble: Sometimes the author conceals the identities of people in a way that’s transparent and frustrating during an interaction so she can do a reveal.

Agreeing to accompany her father’s people back to their homeworld, Kira Forrest prepares for the fight of her life. She’s agreed to undertake the Trial of the Broken, a rite of passage every member of her father’s House must pass. It offers a path to independence and freedom that is too tempting to deny.

Not everyone welcomes this lost daughter of Roake. There are those who fear what her presence might bring to light. Betrayal stalks the halls of Kira’s birthplace—its roots embedded deep in the events that claimed her parent’s lives and set her on her current path.

Walking the wire’s edge between truth and deception will test the person Kira has become as she separates ally from betrayer. An old enemy has put into motion a plan that could topple the balance of power in the universe. Letting them succeed spells doom—but the price might be more than Kira is willing to pay. 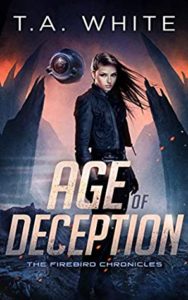 Kira’s stubbornness and trust issues can make her very frustrating to follow. I was really frustrated by the beginning of this book, when it seemed as though everyone was willing to betray her and force her hand, so I see where she’s coming from.

Nice cover, although she’d described as having out-of-control red hair in the book.

Kira Forrest is a survivor. She’s risen above the pain of her beginnings to become a war hero only to leave it all behind in the pursuit of a simple life. Now a salvager, she makes a living sifting through the wreckage of dead alien ships from a war that nearly brought humanity to its knees.

After her ship takes damage, she’s forced to re-route to a space station where her past and present collide with dangerous consequences.

Kira’s existence holds the key to a faltering peace treaty with the Tuann—a technologically advanced alien race who dislikes and distrusts all humans. Winning her freedom should be easy, but a powerful and relentless Tuann warrior stands in her way. Deceiving him seems impossible, especially when he strays dangerously close to secrets she struggles to hide.

Can Kira reconcile the pain of her past with the possibilities of her future? The fate of two races depends on her success. 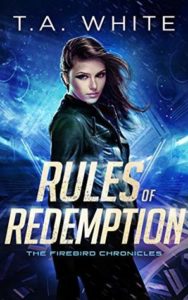 I liked a lot about this book! The main character is a little hotheaded but makes for entertaining reading as she impulsively does risky thing after risky thing. I liked Jin, the robot sidekick. Looking forward to reading the second book.

I had to laugh a little that the alien race is elves in space.

This falls into that subgenre of sci-fi that’s got a female lead / single POV, strong romantic subplot, and spans three books. Often she’s something special or powerful like a lost space princess who needs to reclaim her throne.